We're from the government and we're here to help!

Many of us have worked for very large corporations. Undoubtedly, that corporation has/had a few policies and procedures in place that drive you, and most everyone around you, absolutely nuts. “How in the heck did anyone ever come up with that?”

One of my personal favorites was from a company I worked for a few years ago. Our expense reimbursement system was very manual, and in addition to completing hardcopy forms, all of your receipts needed to be taped to a sheet of paper and mailed (not e-mailed) to a processing center along with the expense form. When the finance group announced that this process was going to be automated, there was cheering throughout the land. We were all using company credit cards, so it seemed logical that the information could be captured to radically modernize the system.

Well, no, not really. We now had an online form to complete. Okay, much better than writing and
manual addition. The receipts could now be scanned and electronically attached to the submission. That’s cool. But, after submitting my first claim, I eventually got queried regarding my receipts. They still hadn’t received them. Of course I responded that the new process had them electronically included when I sent the form in. “Yes, but we still require the hardcopies of the original receipts to be mailed in.” I responded, “Oh, so we don’t have to scan them?” “Yes, we need both.” 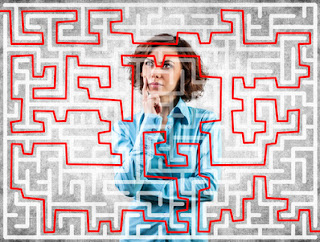 This wonderful new process was developed by someone in finance, and was approved by the CFO without much thought or crosschecking with other teams. It didn’t matter all the extra work that everyone in the company was now committed to – the process seemed correct to them, and that’s all that mattered.

At one company, even though I had my own budget for the year, my direct boss was required to approve every new hire I was going to make. He also had to provide his approval, even if the hire was simply a replacement for someone we’d lost, and even if everything was going to stay within the budget boundaries. Alright, alright, I hear you saying, “What’s so bad about that?” Well, it wasn’t only my direct boss who needed to approve, it was also my boss’s boss (I call this person my 2-boss). We’re not talking about hiring extra people out of budget. We’re talking about people already approved for the budget, or folks only replacing others. And, in case that doesn’t sound quite heavyweight enough, in addition to approving the actual hiring in these situations, the same boss and 2-boss all had to also sign off on the job posting to open the position. Not only is that wasteful of everyone’s time, it is a sideways acknowledgement that “we don’t really trust you to make decisions, even those within your budgetary scope.”

If you consider the case of most of these large companies, they probably started as small companies long ago – maybe even as startups. If you’ve been part of some startups or small companies yourself, you know that things are optimized for action. There’s real work to do, and there isn’t enough time in the day to waste on bulky or redundant processes. So, here’s the question. Over the years of growth from startup size, how and why did so many large companies allow themselves to degenerate so many of their processes and procedures into heavy-weight, burdensome, and confusing piles of garbage?

Each time a process change is proposed, someone needs to examine the costs and benefits, and ensure that the change will truly result in an improvement. Upon hiring a new manager for your computer service center, you might see the following announcement:


“We used to send someone over to help you work out computer problems, but now we have a phone number you can call to file a service request. This helps us save some money and track our workflow and provide you a good SLA (service level agreement).”


“We think we can save a few dollars by outsourcing our support desk. You will spend ten times as long trying to make them understand your problem as if you called us directly. And, sadly, you’ll probably have to call back a couple of times because they won’t get it right the first time. We ourselves have to deal with a complicated new tracking system. And, the fact that we now lose 20% of our time dealing with the new system means we’re going to need to hire a few more staff – ultimately at your expense.”

This is not to say that being able to manage the work backlog, provide service quality metrics, and not lose items in the bit bucket aren’t good things, but you will find, almost universally, that these moves turn the focus from “helping folks out” to “procedure for procedure’s sake.” In numerous companies with these types of procedures, I’ve had folks on the phone tell me, “I have the answer to that, but I can’t give it to you unless you call the service desk.” And the company is hiring new people to handle administrative paperwork responsibilities, rather than actually assist folks with their problems. Wonderful.

For every crappy process problem you have to deal with, somebody once put that into place… on purpose. Who was there at that time, why did they do it, and why didn’t anyone call them out on it? Sure, it might have been the CEO, but even he can be bargained with. And, as was said, it probably wasn’t the top dog – it was likely a new hire in some service-oriented department.

Learn from this! As your company grows, watch for the warning signs and try to avoid the pitfalls. If the company is already large, why limit yourself to “large company” processes? Look at each item and consider, “Is this the way an efficient startup would handle this?” Simpler is better. Do you really need to sign off on in-budget hires for replacements four levels below you? Also, periodically ask your folks what processes exist (inside or outside your scope of control) that they hate and feel could be easily optimized. They’ll tell you. And if it’s within your ability to change it, do it. If not, muster up as much support as you can get from your peers and negotiate change with the controlling department.

If your company is still small but growing, and you are bringing new people in to help shore up your various departments to support the growth, try to hire folks who will institute the “right” processes and procedures, properly molded to fit your company’s particular situation, rather than merely implement a “big company” one, just because it’s what they happen to have experience with.

And as for you, when you make process changes, make sure that you are doing the right thing for the right reasons, as well.
Posted by Eric at 5:47 PM