Are you negotiating in good faith?

In all my years, my two favorite recollections of negotiating sessions both come relative to the purchase of new cars. The first was when I tagged along with my friend when he went to purchase one. We all know that negotiating for a new car is about as much fun as a paper cut on your tongue, but we pretty much know how to do it. They start with the list price, you counter with what you are willing to pay, the guy writes it up, and then he takes it to his manager because he has no power whatsoever to bargain. The guy comes back with a new price from the manager, and the process continues. Even that basic process is flawed because you have the power to negotiate, and the guy on the other side of the table doesn't. 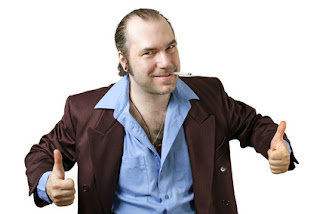 Anyway, when we sat down with the sales guy, he asked my friend for his starting price. My friend told him “$20,000.” The salesman wrote it all up and dutifully took it to the sales manager. When he returned, we were all ready for the counteroffer. But, what the salesman actually said was, “Sorry, but that’s not high enough for the manager.” We waited for the counter, but the sales guy just sat there staring at us. We eventually asked what the counter was, but he simply reiterated that our first offer wasn’t enough.

We were stupefied. They actually expected that we would raise our offer as many times as needed until we hit some acceptable price to them. I said to my friend, “Why don’t you offer $20,001?” The salesman replied, “We can do that if you like, but we will all be here for a very long time.” They actually wanted us to bid against ourselves – not a great negotiating strategy.

Our response was, “Not likely,” and we departed. What a bunch of jerks. I told that story to as many people as I could, and resolved to myself that I’d do my own business negotiations better than that. No moveable goal on their side? Take a hike.

My second car purchase was for an elderly relative who was unable to leave her home and needed a car for her live-in nurse. This meant I got to turn the tables on the sales team – just like the salesman had to get everything approved by his manager, I had to phone my relative for approval. Wow! Was that fun! Every time the sales guy would come in with a counteroffer, I could shake my head and say, “Boy, I don’t know if she’s gonna go for that.” They obviously didn’t encounter this kind of one-upmanship much, and they had a hard time dealing with it.

In the end, the balance that I achieved through that technique led to a great final price, and it taught me how useless it is to be stuck in an unbalanced negotiation. Same with my friend’s attempted car purchase. The balance was missing—the dealership expected us to be flexible and move our position, while they intended to keep saying “NO” until we had given in sufficiently. But that simply doesn’t work. Both sides have to be willing to play by the same set of rules.

In your own negotiations, make sure that the balance exists – and I mean that both ways. Both you and the representative on the other side should have equal amounts of power in what you can agree to.

When beginning any kind of negotiation, the best way to get results is to enter with the expectation that some kind of win-win solution is achievable. If you start with the premise that you will get exactly what you want, even if it is at the total expense of the opposite party, not only is that dumb from a business perspective, it also has an aroma that the other guy will pick up fast. And once he’s gotten a whiff of it, he’s very unlikely to bargain in good faith – he will be on the defensive. On the other hand, if the other guy can see that you are honestly making a best effort, he will be more willing to work with you towards a good solution.

This is not to say that you should accept a compromise that is not in the best interest of your team or the company in general. It means that you might have to do a little bit more work to get all your points across. You also need to periodically extract yourself from the depths of the discussion and try to view things from above. How would a third party view the progress of the negotiation? Are you coming across with the win-win attitude, or that of a dirtbag?

Win-lose solutions might seem to give you a victory for now, but ultimately they fail because the other side doesn't ever have much to gain. Don't do it.
Posted by Eric at 11:28 AM