Let’s focus now on some techniques that you can use during a meeting to keep it on track, and to allow you to actually participate (rather than being an overpaid facilitator) but not suppress contributions from everyone else.

First, stay alert for indications that the meeting is starting to divert off a productive course. Use your initial invitation agenda as a guide. If you were only planning on rank ordering everyone’s suggestions, and people have started discussing how to implement those solutions, it’s time to cut that off. Do so gently (at least the first time):


“Hey guys, sounds like you have some pretty good ideas how we would proceed forward with all this, but let’s finish getting all the ideas out first, okay?”

Another tip off that things might be starting to stray is when multiple simultaneous communications begin. It’s not always an indicator, but chances are that at least one of those side chats will be off the primary path. You want to limit multiple simultaneous discussions anyway, but you especially want to discontinue the ones detracting from the overall goal.

Also watch for the inevitable appearance of the phone or prolonged attention to the tablet or laptop. In all likelihood, the checking of email has begun. That’s another great sign that folks are losing interest – quite possibly because things are wandering off track.

Getting your ideas in, too

It can be a fine balancing act to lead a meeting and get your own points considered without shutting down a lot of the members’ own ideas. However, ultimately, whether you are running the meeting is irrelevant. Even if it’s someone else’s get together, you are the boss. Just as in any other situation, if you don’t handle yourself well, you will somehow find that your ideas are always deemed “the best.” Even though that might not be proven out over time.

To counteract this, let’s return to some of the communication points we’ve already discussed. As with one-on-one dialogues, you must enter the meeting without a prejudice towards any one particular solution – especially if it’s originally yours. You can’t let people think that they’re going to be part of a dialogue that’s really a monologue. Be prepared to do tons more listening than speaking, help summarize points as they’re made, and actively acknowledge great ideas as they’re mentioned. If you ask questions, be sure to phrase them in an “open” way that doesn’t give away your own personal bias. “Should we do plan A or plan B?” will create a much more open atmosphere for discussion than “Don’t you think we should do plan A?” or “Is anyone stupid enough to think that plan B is better?”

Not that there’s never a right time for a “closed” phrased question. Here’s a fun party trick that you should pull out of your bag at least once in interactions with your team. When you feel that the group is getting close to choosing a course of action, or if you really need to get everyone moving in the same direction, and you also happen to agree with the logic behind the approaching course, try asking a “closed” phrased question that goes in the opposite direction -- reverse psychology if you will. If most of the team is homing in on plan A, and it seems like a correct course to you, try something like, “I’m really thinking that Plan B looks good, though.” 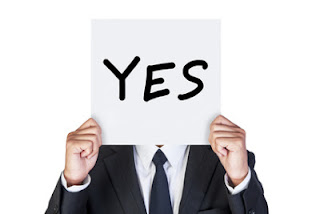 A couple of things could happen here. Hopefully, everyone will clamor to jump on you with their own explanation of why your thoughts about plan B are wrong. You have to be willing to look a tiny bit ignorant here, but you can eventually agree with their counter-arguments and move the decision along. Eventually, many of your folks will recognize this tactic, but it will continue to work anyway, and they will realize that you’re not really that stupid. On the other hand, if you have any “yes men” in the group, you will see them start to do 180s to support your position, even though you know that your position isn’t really supported by the facts.

It’s always good to know who those folks are because you’re not necessarily going to be able to trust them to represent factual positions as much as they’ll be trying make you feel good about yourself. You have an opportunity, over time, to build up trust with these individuals and let them see that disagreeing with you isn’t (as one of my recent leaders called it) a résumé-generating event. But it only comes as they see you actively support respectful disagreement, and modulate your own positions based on well-formed arguments.
Posted by Eric at 8:27 AM