At a meeting's end, it is important that all participants go forth and act on the meeting’s solution as if it was their own idea from the beginning. Regardless of how the final decision was arrived at, all members should verbally confirm their intended compliance with the “I will fully support this decision as if it was my own” mantra.

It’s one thing if the group was composed of only frontline workers. But this reaches another level if the ones who have to go support and implement the given solution are themselves managers on your staff. You’re asking them to buy off on it when they don’t, and you’re asking them to go get all of their people in line with it.

And, if it’s you who’s being expected to go support a decision made by your manager, it is critical that you do so, even if you don't like it. The old, "This was their idea... I hate it!" thing just doesn't cut it. In fact, it's the worst thing you can do!

If your team wants to know why some strange solution was arrived at, you have two choices: you can tell them you were forced into the decision and you hate it with every fiber of your being. Or you can explain why it’s really the best outcome and act like the change was actually your choice from the very beginning. Pick one:


“Guys, we’re making a change to our policy of requiring that extra paperwork for service requests. Yeah, this is gonna make it harder for us, and we’ll probably be dealing with support problems for a long time. Just so we’re clear, I didn’t want this, and it’s happening only because the big boss made me do it. I’m sure not gonna go out of my way to give those other teams any great support on that stuff from now on.”


“Guys, we're going to change our policy about the extra paperwork for service requests. I’ve spoken with the other teams, and this will speed them up so they get the big project done on time. It will probably make for some increase in work for us, and I’m sorry about that, but we’ll all be helping the company make more bucks this year, and that will help everyone, including us. Let’s make this work. I’d love to hear your ideas for ways we can do that.” 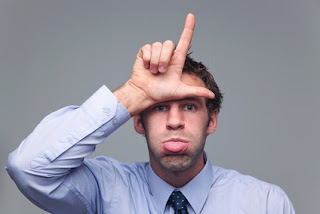 Yeah, in the first case, your guys might respect the fact that you fought hard, and you might think this will make you look stronger to your team. But ultimately, they will see you as the loser. What else are you not going to be able to push for or defend when the time comes? Maybe something personally important to one of your team members, like his raise or promotion? That kind of respect doesn’t end up helping you much in the long run.

In the second case, though, your team sees you as an initiator, a negotiator, a decision maker, and someone who’s watching out for what’s best for the company overall. No, they might not like that you’re bringing a little more pain on them. But when you’re doing it to further the big picture, you’re helping them avoid the biggest pain of all – being out of work. Sounds like a real leader to me, and sounds like the way to garner true respect from your team.

In fact, there’s a way to handle this even better. Instead of waiting for the bomb to drop, and dealing with it all after the decision is made, try to be more proactive when you first see it coming. As soon as you see the pressure starting to build for you to move in a direction you’re not happy with, get the guys involved right away. In the above quotation, I ended with:


“Let’s make this work. I’d love to hear your ideas for ways we can do that.”

But why wait until the decision is final to drop it on your guys? A few days earlier, you could have said this:


“We’re having discussions about this now. We haven’t decided on a final course of action yet, so I’d love to hear any of your ideas I could throw into the mix. If we do decide to go this other way, I’d really like to get some ideas for how we would be able to adapt and make it work out well.”

When you take this approach, two things might happen. In the best case, your guys might actually give you enough legitimate ammunition supporting your side to enable you to swing things back your way, thereby totally avoiding the problem. Terrific! But even if that’s not the case, it can only help if your guys can help develop processes to make things work out.

Note, however, that nowhere in your speech did you say that you hated one of the choices! If that choice does come to be, it would put you in a bad spot. Make a habit of looking on the bright side, at least in public, and save the venting for elsewhere. This is just part of the manager's job. Even if you can’t fully convince your team to agree with your position, they’ll respect you more for your ability and strength. That’s much better than leaving them with the thought that nobody ever listens to you.
Posted by Eric at 12:17 PM