“The only constant is change.” Somewhat trite, but definitely true. If you are a member of an organization that hasn’t undergone some kind of reorganization in the last couple of years, consider yourself lucky. Well, actually, maybe not. With business conditions constantly changing, fluctuations in the economy, variations in consumer desire, and a thousand other factors all in flux, most businesses need to morph themselves (at least to some degree) at least every couple of years just to keep their edge. At a more micro level, even if nothing is happening on high to directly affect your charter, various conditions will be causing you to alter things much more frequently. 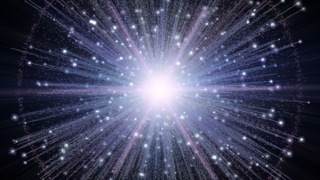 In addition to getting a new structure right, it is vital that you ease the affected population through the process. I have known managers (and I will admit to working this way early in my career) who were fond of the “big bang” approach. They absolutely loved rolling out the big new group structure to everyone at once, while having given nobody any kind of advanced warning. That left behind a wide wake of shaken, dissatisfied, and demotivated folks. Not to mention the fact that, many times, after their big H-bomb, someone would offer post-mortem suggestions that might have actually improved the situation overall. Yeah, he might go add that change afterwards, but the thought of looking dumb over missing something so obviously important is a great demotivator not to.

Don't be that guy. Instead, concentrate on getting it right from the beginning. And that means getting all affected parties’ thoughts on the modifications. Each person may have something to offer, or he might not, but each will feel bought into the change and highly appreciative that you thought to let him in on it a priori.

What if someone does have a modification to suggest, but you’ve already progressed a good way through the whole deal? It’s your call at that point, but if the value of the suggestion would outweigh the bit of adjusting you would need to do and the additional communications you’d need to have with those you had already talked with, then you can decide to actually improve upon the whole situation. In doing so, you won’t have to “embarrass yourself” in front of the entire team. Instead, you’ll be doing exactly what you always do – getting maximal input on all major decisions.

When running the idea by folks, it is not necessary to tell each affected person the entire plan. You can restrict each person’s knowledge to facets that are appropriate. And, it’s important to stress the confidentiality of your discussion.


“Please do not discuss any aspects of this with anyone else. Many affected people have not yet been informed, and they need to have the discussion with me first. I am deadly serious. Do you understand?”

Sometimes those last couple of sentences are needed to really bring the point home. If someone decides not to heed your warning, and he somehow manages to avoid involuntary termination, you’d probably never trust him again to keep a secret, and do not bring him in on reorganization discussions in the future.

So who should you talk with? You should bring into the “in crowd” at least:
By the time you are actually up in front of the team to announce your changes, a good percentage of the folks in the room will already know how it affects them, and they won’t have reason to worry. Nobody should ever see a reorganization and ask themselves, “I wonder what this means to me?” They should know that answer beforehand. The only ones surprised in any way should be folks who aren’t going to be substantially affected.
Posted by Eric at 8:41 PM