So many different discussions can occur around ways to actually optimize your personal success, or more importantly, the results from your team. I'll cover a wide variety of these in future writings, but I want to start from the top. If there’s one general concept that you should always remember, it’s “Focus.” 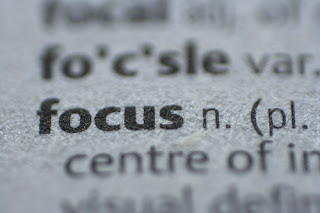 If there’s a big and important product that you work on that’s responsible for all the profit the company ever sees, beware of letting yourself be distracted by some work on a nearly insignificant product. I’ve seen examples of managers loaning folks over to some small and unimportant project, simply because someone asked, and they wanted to “play nice.” In the process, they were risking aspects of a big product delivery that was critical to the company. Remember this: if your project ultimately fails, nobody will remember (or care) that it was because you were a good corporate citizen and loaned key resources over to something that didn’t matter much. All they will remember is that you screwed up the important task.

I know it seems like a pretty hardball thing to be saying, but you have to focus yourself, and you have to be able to bring focus to whatever aspects of the company demand it, in order to ensure overall company success. If your boss is asking you to divert resources, or somehow otherwise defocus, you owe it to him, your team, and the company to absolutely ensure that he understands how that will affect your project. Does he really want to risk it? Explain it to him in any terms necessary. Help keep him and the company focused.

And don’t let someone artificially boost the perceived value of something in an effort to divert focus. Television news stations are famous for trying to enhance the attraction of news stories by throwing more cameras, on-scene reporters, and helicopters at them. Doing so does not change the inherent nature of the story, it just blows it up out of its deserved proportion. The same is true for office distractions – just because someone thinks some task deserves its own helicopter does not necessarily make it so. Lay the situation out and make clear what's being risked. Help to keep the focus.

Bottom line -- you're always going to have numerous tasks and projects competing for your time. Just like the old "80/20" rule, only a couple of them are going to account for the biggest chunk of your success or failure. Keep your attention on those items, and consider the rest to be "bonus" items... do them (or do them well) if you have the time. But don't take your eye off the couple of big ones.
Posted by Eric at 10:36 PM