Black and white. Both have their uses, but not so much in the process of making productive and effective decisions. You need to be prepared for a distinct lack of problems that result in a choice of two polar opposites like “we either do X or we do Y.” Everything turns into a dingy shade of gray. And that's not a bad thing! There’s almost always a way to find something in between X and Y that results in a better final outcome. 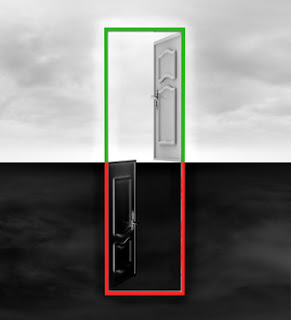 Here's what’s painful.  It’s much easier to settle on X or Y, and not spend the extra brain cycles trying to figure out if there isn’t something a little gray that might be more attractive. And, as humans, we’re certainly known to enjoy the path of least resistance. But this is a pain you must accept. In my experience, black or white answers will usually be insufficient to solve a problem, or they will be outright wrong. If you or your folks seem to be setting something up as an X or Y decision, step back and ask if there really isn't anything else somewhere in between that might make things even better. You'll surprise yourself with the new creative ideas you can come up with.

Also, remember this. Over the lifetime of a particular project, its success will be determined by how you and your team handle a plethora of decision-making opportunities. You’ll have hundreds, or even thousands, of decisions that will plow the road to eventual victory or catastrophe. A few of these decision points will be biggies – major choices with monster affect. But the vast majority will be much smaller issues that need to be handled almost daily throughout the project's life.

Which of these, the bigger ones or the smaller ones, have a more urgent need for your thoughtfulness and ability to bring focus? Answer: the smaller ones! The really big ones are going to get everyone’s attention. People will so clearly see the issue’s significance that the pot will boil over with attention. But, it’s those hundreds or thousands of smaller issues that others might not be so interested in that require your assistance. It is more likely that the project will fail from a “death by a thousand cuts”, since each of those little wounds won’t attract the same level of interest as the big issues.  Be on the lookout for those!
Posted by Eric at 9:33 PM