Sometimes, it's not just about making GOOD ones, it's about making QUICK ones. It is amazing how long people are willing to merely let things ride, despite massive evidence pointing to a need for change. Whether in regards to a particular personnel problem, a process problem, or something inherently wrong with a product, humans do tend to like that path to effort minimalization. 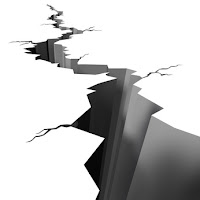 You must remain as vigilant as possible on your own. But you can profit greatly from input from your team or the occasional outsider who, benefiting from having that fresh pair of eyes, simply asks, “What’s up with that?”

Through whatever mechanism, when you detect things going wrong, do not delay in finding a better way. Although we certainly want to avoid extra work when possible, things like this fester quickly, and before long, you will be dealing with a monstrous ravine requiring a dump truck full of concrete to fill it, rather than applying a little caulk to a crack.  Do it now!

When you decide to make modifications, ensure that you’re doing them for the right reasons, and with the right evidence supporting the need for the change. I have definitely been guilty of making some changes, or being talked into them (still my fault), where the situation didn’t seem to require modification at all. Things had been working wonderfully. True, I could have been deluding myself, but after collecting additional information, it still wasn’t clear why the proposed change would improve the situation further. The lesson learned is that old adage of “if it aint broke, don’t fix it.”

However, there is an interesting corollary to remember as well – “If it didn’t work the first time, why would it work this time?” This is somewhat akin to Einstein’s definition of insanity being “doing the same thing over and over while expecting different results.” If you had a process that you stopped using, or a person that you managed out of your company, and now you’re considering going back to that process or rehiring that person, be sure to ask yourself “why?”. What’s going to be different this time? Will the process be used in a different environment? Will there be better people executing it? Has this person changed or grown somehow? Whatever the case, be certain that you’re not expecting things to be different just because time has passed.

Finally, when the changes are implemented, do not take your eye off the ball! Be especially wary of the potential for the cracks to begin developing anytime you are intentionally making changes. In these cases, you're already focused on it, so you have your best opportunity to closely monitor how the new things are working. Watch carefully until you’ve seen evidence that your improvements are, indeed, improving things.
Posted by Eric at 8:09 AM