Here are a couple more tips to help get on, and stay on, your boss's good side.

Nothing will please your boss more than getting blindsided from his boss or someone from another department. You wouldn’t like it much either. Certainly, as discussed earlier, you can’t expect to be up-to-the-minute current on everything happening in your area, and there’s no reason to feel that you have to keep your boss up to that level either. Doing that is too big a burden on either your own people or on you. You have to carefully pick the items of interest and present them in an appropriate timeframe. 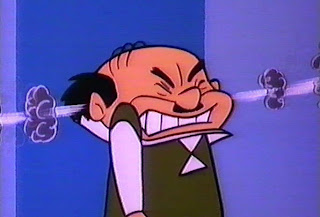 Certainly, anything major, or anything that has direct negative implications on other departments or on customers is a good candidate for a quick update to the boss. You have to ensure that should he get a call from one of his affected peers, or from his own boss, that he’s ready with at least a little bit of information on the subject. It’s okay not to know about absolutely everything that’s going on, but for something major, he will look like a completely out-of-touch moron if his response to a critical call is, “I don’t know what you’re talking about.”

My methodology for these situations is to pop in with words like, “Hey I need to give you a quick heads-up on a situation that’s brewing…” Your boss will be trained to know what this entails and he’ll understand that it’s time for a short burst of real concentration. You’re about to give him information he may actually need to know in the near future. Give him the quick summary of what’s going on, who’s involved, what the “likely” outcomes may be, and the next steps your folks are taking. When he gets the call from whoever, he will appear totally in-touch and on top of things.

By the way, when you do your “pop ins” for these situations or any other, don’t assume that just because his door is open that he’s ready to engage in conversation with you. Some folks might be, and you’ll learn if that’s the case. But, always assume otherwise. My wording is, “Hey, I’ve got a couple important things to go over with you. Let me know as soon as you’ve got a few minutes.” He will appreciate you giving him the flexibility to prioritize you into his other happenings.

Nobody likes a whiner. It’s okay to have problems or complaints, but how many times does it take of one of your guys coming to complain at you before you start hiding under the desk to avoid him? Don’t fill that role for your boss either.

Just as you should encourage your own people to do, when you raise an issue with your boss, try to do so in a constructive manner. Spend some time before the discussion thinking through possible causes and solutions, even if the power to implement the solution is completely outside your scope of control. When you have your discussion, adding your thoughtful analysis of the causes and solutions will change your boss’s entire perception of the meeting from “how can I get out of here” to “there’re some good ideas here.”

Your boss is probably in the better position to actually act on the information you’re discussing. It may require meetings with his boss or peers, but he can probably actually work to fix whatever your original complaint was. When that happens, a lot more people “win” since the problem was probably shared by many. The moron whines and moans. Managers solve problems.

Don't Save The Punch Line

Relating problematic information to your boss in typical story-telling language is not likely to go over well. Even if you can keep the story brief, your boss is going to start getting antsy to know where the story is going.


“First we did this, then we did this. Then this happened, and then there was even more of this. But another guy did this and this, and…”

By this point, your boss is a nervous wreck. He’s not even listening to you much now. He’s just wondering if everything came out okay, or if someone is dead.

Always start out with the punch line.


“I need to let you know we had an accident in the factory, but everybody is fine and there won’t be any negative affects on production. Do you want the details?”

Now he can relax. He’ll let you know just how much extra detail he needs now, and what can wait until later.

A few more bossy tips in the next installment...
Posted by Eric at 9:37 AM