Just a few last ideas to lessen the chance that your boss will want to kill you.

It’s so easy to be negative. We all have a tendency to immediately try to find fault with someone’s ideas. When presented with a “Can you do this?” kind of thing, our brains jump into a mode of finding every obstacle that would be in the way and blurting them all out to everyone. Maybe it’s that we don’t like change, maybe we’re covering our butts, who knows. But, the negative tendency is there. 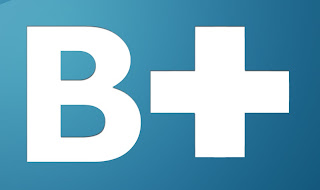 Responding with, “We could never get that done with all this other stuff going on!” is not the way to go. There’s plenty of opportunity for a dose of reality – later. Start out by being positive. “Yeah! I like that! We can do that!” After all, you can “do” almost anything – assuming you’re given the additional budget, people, time, or whatever’s needed. I mean, you’re not going to be asked to do something without getting the resources to do it (either fresh or transferring in from somewhere else) or without having your priorities rearranged to accommodate it.

You can be positive to start with, then you can turn the conversation, gently, back to how you can. “Okay, let’s examine what it’s gonna take to make this happen.” At this point, just be realistic. “Can we put project X on the back burner to get to this now?” Or maybe, “I think if we shifted a couple of guys over from project X we could handle this.” Whatever it will take. Just start making suggestions to move things forward.

In the end, the “what it’s gonna take” part will amount to exactly the same regardless of whether you start positive or negative. The difference is that, rather than your boss (and everyone else) feeling like you’re coming at the task from a negative point of view, they’ll see that you’re trying to be positive about it and actually get it done. If the “what’s it gonna take” part ends up adding up to too much to make the idea practical, then everyone will see that together and it wasn’t you nixing the idea from the get-go.

In Boss We Trust

Simply stated, you have to always believe that your boss is doing his best to represent you and your needs – even when that might not be apparent. You have to assume that he’s fighting for you and your team, even if he’s not winning some of those battles. He may have been given marching orders to follow, and he's not going to look like a weakling with “Sorry... this wasn’t my decision” kind of statements. But you have to trust that he did his best for you.

At that point, when you haven’t gotten the answer you wanted, the absolute worst thing you can do is to start hammering him over how displeased you are. He knows. And he’s counting on you to not only be a good citizen, but to understand that he did what he could, even though he’s not saying it. Showing that kind of trust and respect will make him fight harder for you in the future.

In general, always consider how anything you do will make your boss look. Whether in a meeting, an email, a presentation, or a hallway conversation, will he be proud of your actions? Are you making him look foolish? Are you crediting him as the source for much of your great outcomes? Remember that even if he wasn’t in agreement with you on whatever path turned out to be successful, he gave you the freedom and the trust to pursue it. That’s worth crediting.