But that guy knows EVERYTHING... we can't fire him!

When in management, you'll find a fairly constant flow of team members requiring performance management. Hopefully not a big flow -- maybe more like a trickle if you’re lucky. Once in a while, the targeted employee will be someone with what someone considers to be, “one of the greatest minds on this planet,” or, “the only guy we have who knows how the whole system works.” Just because someone has a high I.Q., has been with the company since the dawn of time, or is seen as the only irreplaceable part of the whole, that is no reason to excuse them from performance correction when needed. 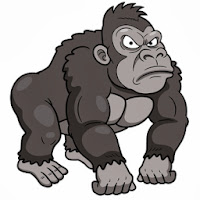 People like this who also possess the right attitude will take your mentoring and correction efforts to heart, and you will measurably increase their overall affect on the company. But, once in a while, Bob will feel a little bit above the rest of the crowd, and maybe a tad above your attempts to help him see that there are some ways for him to improve himself. If Bob’s problems are fairly minor, your need to succeed is somewhat diminished as Bob is probably still contributing at a much higher level than most others.


But, if Bob’s problems are major, if he’s subverting processes, if he’s interfering with other people’s work, if he’s being downright disruptive and counterproductive, then you really have no choice but to help him improve. Ultimately, if you are less than successful, you are going to need to make an incredibly tough decision. Do you let Bob go and say goodbye to maybe the only guy you have who knows how all the system pieces fit together? Or do you hang onto him and deal with all of his detractions and distractions? Surely you can eventually fix him, right?

In coming across this situation a few times in my own experiences, I must admit to taking the latter course most of the time. I will also confess that this has always been a mistake. In those instances where I wasn’t able to obtain improvement fairly quickly, I have never been successful in getting it farther down the line either. Eventually, I was forced to make the tough call that I should have made earlier.

And here was the interesting thing that happened when I finally did pull the proverbial trigger. Folks were coming out of the woodwork to thank me. Usually, the depth of Bob’s actual disruptiveness was not fully apparent to me. Once he was actually off the team, that’s when the full picture started to emerge. Story after story about how he slowed things down, was disruptive, or generally undermined team productivity. Wow. In addition, no matter how much you think Bob is the only one who is familiar with the whole system, in reality, this is completely bogus. Each time a Bob has departed, many others have stepped forward who clearly had at least a reasonable ability to fill in for his skills. And these folks were thrilled to have the opportunity to step up and show what they could do.

Ultimately, I was always proven wrong to have waited so long to make the tough decision on Bob. The benefits of eliminating all the Bob-oriented trouble, combined with the ability of others to eagerly fill the gaps, all added up to far more than any possible downside from losing Bob. And, another side benefit to this is showing everyone that you are not afraid to make the difficult decision. You’re also saying that nobody on the team is exempt from following appropriate processes and behaviors, simply because he happens to have been around a while, or merely because he’s chosen to keep some information very close to his own chest.

By the way, why not rectify that "tribal knowledge" problem before it actually becomes an issue? Work with your team to identify the potential trouble spots and start cross training as much as practical.
Posted by Eric at 8:27 PM